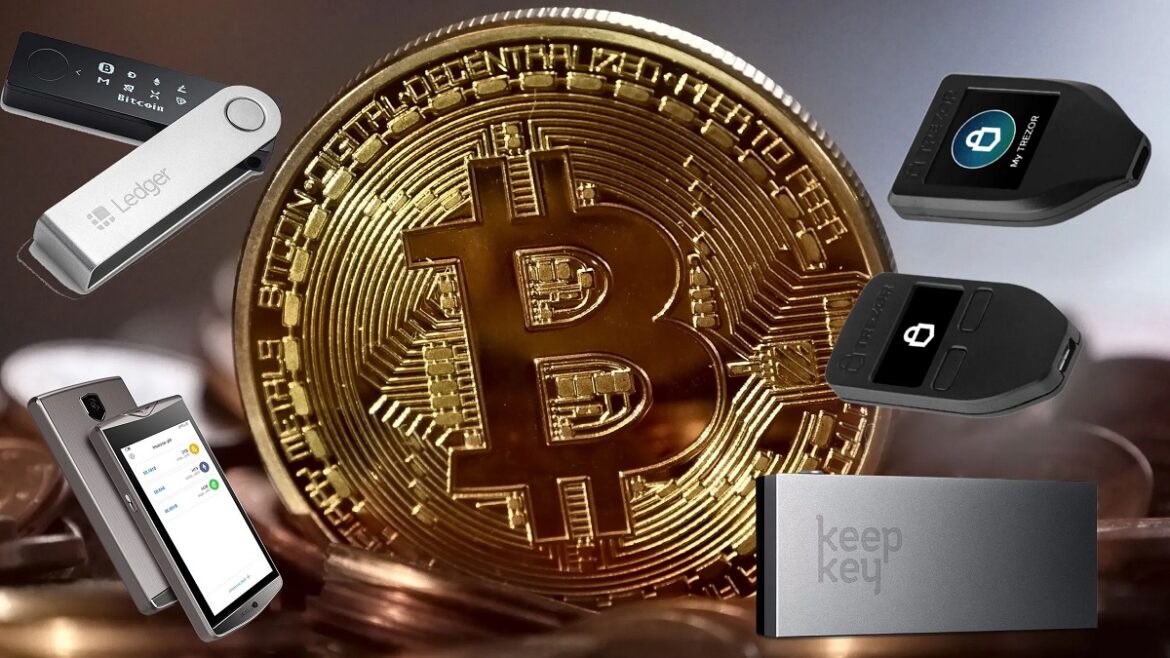 Due to their security and simplicity, hardware wallets such as Trezor and Ledger have grown popular among crypto asset owners. Twitter CEO Jack Dorsey revealed that his payments company Square will soon release a Bitcoin hardware wallet. The wallet will be a plug-in device that stores, maintains, and secures a user’s crypto assets, similar to a USB Pendrive. A digital object is linked to a digitized password known as a ‘private key,’ which allows individuals to access it. This key protects cryptocurrency from fraud and unauthorized access. With the aid of a secure hardware wallet, the asset owner may access the private key from anywhere and purchase and sell crypto assets. Users may manage several accounts with most hardware wallets, and some even link to their Google or Facebook accounts. Trezor, Ledger, KeepKey, and Prokey are some of the most popular hardware wallets.

Difference between a software and hardware Bitcoin wallet:

Digital Bitcoin wallet keys can be saved in both software and physical wallets. Software wallets are similar to smartphone apps that store bitcoin private keys digitally. Several software wallets do not charge customers to keep their private keys, but they may charge a fee if they trade using the app. These wallets may be infected with malware. Cold storage for sensitive keys is provided via hardware wallets and physical devices. Because the passwords are secured by a PIN and the data is not available on the Internet, hackers will have a tough time extracting private keys.

Advantages of a hardware wallet:

Hardware wallets are believed to be useful since they may be linked to trade exchanges and used to complete transactions.

Hardware wallets are typically stored in a secure microcontroller and cannot be moved out of the device, find them extremely secure. The assets’ separation from the Internet also reduces the chance of their being hacked. It also does not depend on any third-party software.

Disadvantages of a hardware wallet:

The gadget might be stolen or damaged because the wallet is in physical form. Malicious actors might leverage prominent hardware backdoors to acquire personal data, according to a 2016 research by the University of Michigan.

In comparison to software wallets, the equipment might be costly. Some hardware wallets include complicated features that are difficult to grasp for newcomers.

A hardware wallet is a physical device the size of a thumb drive that holds your crypto’s private keys offline. Because of their heightened complexity and cost, most individuals don’t utilize hardware wallets, although they do offer certain advantages, such as keeping your crypto safe even if your system is hacked. However, contrary to a software wallet, their increased security makes them hard to use, and they may cost well over $100 to purchase.

To set up a hardware wallet, follow these simple steps:

-Purchase the necessary hardware. Ledger and Trezor are the two best-known brands.

-Install the software on your computer. Each manufacturer has its software that must be installed in order to set up your wallet.

How to apply for an SBI credit card online

5 Ways a Small Business Can Get Funding...

Everything You Should Know About Hiring a 1099...

The Benefits of Automating Your Payroll With Online...

How to Convert Bitcoin to Cash Using Cryptobase...

How to apply for an SBI credit card...

Forex market: what is it and how to...